Nothing is worse than spending hours cleaning your home just for it to smell bad when you’re finished. You may try to mask the smell with cleaners and other air fresheners; however that doesn’t eliminate the source of the odor. There can be multiple sources for the bad odors in your home that could be the cause of the foul smell. Nadias House Cleaning will share some places to look and how to deal with bad odors in your home.

How to Detect & Pinpoint Musty Odor Smells in Your House

Your first step is to locate the source of the bad odor. It could be a problem in every room, so it is ideal to go through each room in the home and determine where or if there is bad odor emitting from each room.
Kitchen – Kitchens can potentially be filled will bad odors. Let’s start with the dishwasher. If the dishwasher has a bad smell empty it and then put about two cups of vinegar in a mug and run the machine through a cycle. Next, let’s treat the garbage disposal. Use a lemon, lime, or orange and cut into slices. Feed it into the garbage disposal then run it for a few minutes. Follow up with a cup of vinegar to eliminate any odors that are in the garbage disposal. Lastly, look at the refrigerator. If your fridge has bad odors, first clean out both refrigerator and freezer. After you have cleaned them, throw out any spoiled food put a box of baking soda inside. Another trick to removing odors in a kitchen is to put a pot with a cupful of vinegar on the stove to boil. The vapor will help eliminate the odors in the air.
Laundry Rooms – Laundry rooms often hold in odors form dirty laundry that needs cleaning. However, that’s not the only source of bad odors. Washing machines can accrue bad odors from mold. To treat mold in a mashing machine, run the washing machine through a cycle using hot water and two cups of bleach. Leave the washing machine’s door open for awhile to air it out and fully dry after the cycle is finished. Sometimes mold and mildew can develop underneath washing machine and dryers. Pull out and clean underneath all laundry room appliances at least once a year.
Bedrooms – Unless there are food stains or spoiled food hidden somewhere, most bad odors in a bedroom comes from laundry. If a bedroom has a bad odor, make sure there isn’t any food that needs to be removed and maintain a regular laundry routine. The last source for bad odor in bedrooms would be the mattress. Mattresses can hold sweat, urine, and other human excretions that can cause bad odors. You will want to have the mattress vacuumed about every three months and deep cleaned once a year and don’t forget to wash bedding weekly.
Living Rooms – Furniture and carpet usually are the main causes for bad odors in the living room. Carpet and fabric furniture require deep cleaning and should be done yearly or even every six months depending on your home environment.

These are some of the basic causes for bad odors in a home. There of course others, such as cigarette smoke, litter boxes and general pet odors. Each cause has a remedy. It is important to locate the cause and treat the problem directly. If you need help cleaning your home and treating those nasty odors, contact Nadia’s House Cleaning. We can clean your home and target those bad odors. For all of your professional commercial and residential cleaning needs, contact Nadia’s House Cleaning today. 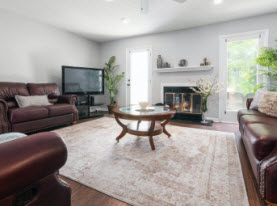 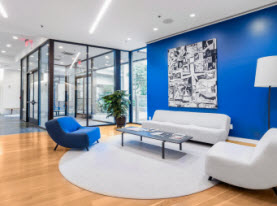 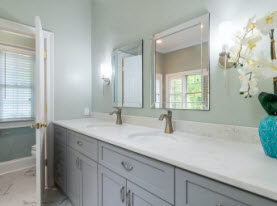 Move In & Out Cleaning 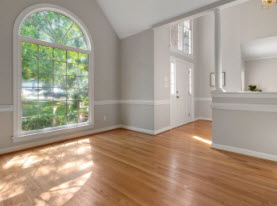